Barbara Maefau regained custody of her twins by graduating from a Pierce County program that takes a different approach to dependency cases for some of the youngest children in state custody.

“They discuss things for the best interest of the baby, so it’s more interaction with the court, you’re there, you’re showing your face more, they give you more hands-on stuff,” the 25-year-old said. “It’s services. Like if you need mental health, if you need to go to treatment centers, they give you those types of things.”

And if a baby needs help with fine motor skills or attachment issues, for example, she said, the baby court team helps with that.

Pierce County’s Best for Babies program, known as baby court, was the first in the state when it started five years ago. Now Kitsap, Thurston and Spokane counties have received a grant to start similar programs of their own.

“It will transform you into the person that you want to be,” Maefau said. “Because I never thought I could be the best mom that I am today. I felt, maybe someone else could do a better job than I can. Maybe I can’t do enough. I can’t provide enough like I should. I can’t give them a college fund and all this. But it’s possible. It is.”

The idea is to make sure infants and toddlers going into foster care get the support and services they need. Families are in court more often, and have a team to support them.

“We know that those first three years of life are the most important,” said Julie Hoffman, who is the Community Coordinator for Best for Babies through the nonprofit Amara. “That’s when most of the brain development is happening, when attachment and bonding is at the most critical time period for children, and so we take the approach that babies and families can’t wait.”

The judge, attorneys, social workers, caregivers, other parents who have been through the system, and court-appointed advocates for the children are involved, among others.

In a regular dependency case where a child has been removed from their parents, court hearings would happen every five or six months.

In baby court families see the same judge every other month, and in between those court hearings have a collaborative family team meeting where they talk about how things are going. They discuss about how the child is doing, and what needs to happen to move the case forward.

“The judge has a chance to speak with the parent, to talk to the parent, listen to the parent, ask the parent questions, just hear what the parent has to say,” said Pierce County Superior Court Judge Gretchen Leanderson, who presides over the docket.

The dockets are smaller, which means she has more one-on-one time with each family. A regular dependency docket might have between 20 and 40 cases, she said. Baby court has 10 on its docket each month.

Twenty-seven cases that involved 38 children have closed since 2016. Of those 38, there were 23 family reunifications, such as Maefau’s.

During the pandemic, the hearings and meetings have been via Zoom.

Leanderson smiled as she described one.

“There was real life parenting going on,” she said. “… Mom was having her opportunity to speak and dad was over there changing a diaper. And it was like, yes, this is good to see. This is what it’s all about.”

The social workers also have smaller caseloads, which gives them more time with families.

“I think that for a lot of parents that constant engagement and interaction is really important, so that they have that opportunity to be able to say: ‘Look what I’m doing great,’ or ‘Hey, I might be struggling over here,’ and for us to also get to know a parent on a more personal level,” said Dorothy Gorder, coordinator for the Parent for Parent mentoring program.

Pierce County is a national site for Zero to Three, a nonprofit focused on the well-being of infants and toddlers, and uses their Safe Babies Court Team approach.

It’s a grant through Zero to Three that is supporting the expansion to Kitsap, Thurston and Spokane. That’s possible through funding from the Health Resources and Services Administration Maternal and Child Health Bureau.

“We’ve had such a great experience with baby court here in Pierce County, and being the only baby court in the state, national Zero to Three was looking for other counties to expand this work to,” said Sally Mednansky, court coordinator for Pierce County Juvenile Court.

Janie Huddleston, director of the National Infant-Toddler Court Program at Zero to Three, said the same.

“They have been advocates for babies for years, and I think they were the catalyst for getting others interested,” she said. “… They were the spark.”

Hoffman said Pierce County was looking into what it would take to add a second or third docket in Pierce County prior to the pandemic.

“Right now our focus is continuing to maintain what we have, and I think once things start to settle down we can start to talk more about expansion again,” she said.

Judge Leanderson said she would love to see all dependency cases go through the baby court model, but that it would be costly.

“These children and families are seen on a much more frequent basis,” she said.

Mednansky said in 2020 46 percent of all children coming into dependency in Pierce County were under the age of three.

For expansion, she said, in part: “We need to have an attorney general that can be seated in each courtroom on a different docket day. We need to have additional social workers. … It does take more time, but we also believe that this is work that’s done better than regular dependency.”

She noted that grant funding that helps support Hoffman’s position ends this year, and that they’re working “fast and furiously to figure out how to continue that work.”

“I think we’ve got some good leads,” she said.

“They start from the premise of reunification and that’s felt strongly,” said Lisa Dabalos-McMahon, an attorney who has represented parents in the Pierce County program.

She also said it’s not for all parents.

“If a parent isn’t ready to run, it’s probably not the best program for them, because it’s fast-paced and if they’re not quite there yet it may not be for that parent,” she said.

Gorder noted that in some cases the parent has entered Best for Babies knowing they want to pursue adoption, and that the team is able to support them through that, without the time a regular dependency process might take.

Maefau regained custody of her twins, who are now two, more than a year ago.

She said she sought help for mental illness during her pregnancy, and when her twins were born they were removed by the state. It was devastating, she said, that she wasn’t allowed to breastfeed.

Eight months into her case they were placed back into her care, and in 16 months she graduated from baby court and her case was closed.

“It wasn’t easy,” she said. “They definitely pushed me to see how far I could go.”

Maefau received mental health treatment and took parenting classes. She had a parent ally to call on difficult days. Among her obstacles, she said, was homelessness. Today she lives in a four-bedroom, two-bathroom apartment with her twins, her two other young children, her partner, and his two children.

She started a meal prep business, is studying human services at Clover Park Technical College, and hopes to reach her goal of owning a home by the end of the year. She’s also become a parent ally herself.

Hearing a judge tell her she was dedicated and strong, and that other parents needed her made a difference, she said.

“I was like, wow, I never thought of myself this way before,” she said.

Maefau said her own parents suffered from addiction and weren’t there for her growing up.

“I honestly thought I was going to be a statistic,” she said. “Like I’m not going to make it anywhere in life. And my kids will be taken, and I’m going to be stuck here in the street. But since Best for Babies came into my life, everything has changed.”

The baby court team was her support, she said.

Hoffman, she said, still sends her emails checking in, and telling her about new resources she can share with other parents. Such resources, she said, are incredibly important for families.

Amanda Sutherland, a social work supervisor with the Department of Children, Youth and Families, said there was one case where she, a social worker, and Mednansky helped load up vehicles and move a mother into a new apartment.

That wouldn’t have been possible without baby court, she said.

“We’re great problem solvers,” Shella Peterson, a social worker with the Office of Public Defense, said about the baby court team. “… I just think it’s helpful when you have more people thinking outside of the box.”

Mednansky also said there’s a sort of ripple effect, where the Best for Babies social worker in each local DCYF office becomes a sort of expert about resources for families, that they then share with other social workers who ask.

Resources can be housing, diapers, childcare — anything, she said.

“Life is bumpy,” she said. “Life is real. We want to make sure that we can get these parents connected to supports in their community,” that last beyond a dependency case.

Jacey Harris was one of the first baby court graduates in Pierce County. Her son Jackson is four now. She said she’s involved with his preschool, and that he’s grown into a sweet boy who is quick to share with others. He loves playing in water, music and dancing, and Legos, among other things.

Her two older children, who were adopted by another family, visit often to play with Jackson, she said.

“How blessed I am and grateful I am of the baby court program and having the opportunity to be a part of it,” she said. “I believe that’s what really helped this time, besides my willingness and my drive to do it. It was a completely different experience for me from what I experienced with my other children.” 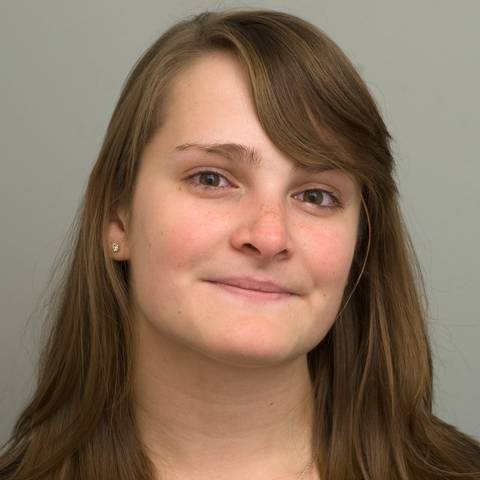 Alexis Krell covers local, state and federal court cases that affect Pierce County. She started covering courts in 2016. Before that she wrote about crime and breaking news for almost four years as The News Tribune’s night reporter.