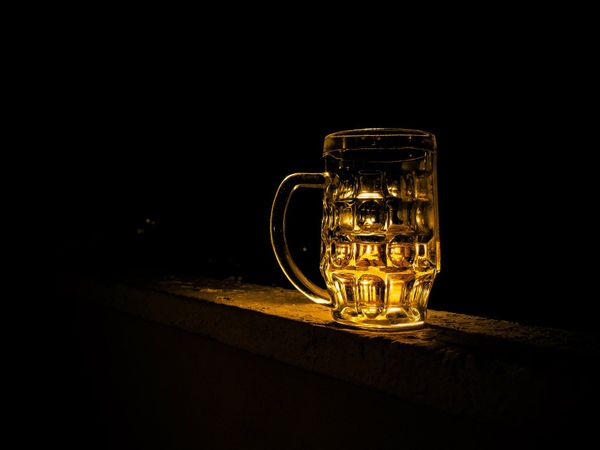 Washington: A new research has found that partners of mothers-to-be can directly impact a pregnant woman’s likelihood of drinking alcohol and feeling depressed, which affects their babies’ development. The findings of the study were published in the journal ‘Alcoholism: Clinical and Experimental Research’. The study was led by a team of University of Rochester psychologists and other researchers in the Collaborative Initiative on Fetal Alcohol Spectrum Disorders (CIFASD). The study highlighted the importance of engaging partners in intervention and prevention efforts to help pregnant women avoid drinking alcohol. A baby’s prenatal alcohol exposure carries the risk of potential lifelong problems, including premature birth, delayed infant development, and fetal alcohol spectrum disorders (FASD).

“The findings emphasize how many factors influence alcohol use during pregnancy,” said lead author Carson Kautz-Turnbull, a third-year graduate student in the Rochester Department of Psychology whose interests lie in FASD intervention work and reaching underserved populations, including racial minorities, rural populations, and low-income groups.

“The more we learn about these factors, the more we can reduce stigma around drinking during pregnancy and help in a way that’s empowering and meaningful,” added Kautz-Turnbull.

The team followed 246 pregnant women at two sites in western Ukraine over time as part of CIFASD, an international consortium of researchers that researchers at the University’s Mt. Hope Family Center are members of, which is funded by the NIH’s National Institute of Alcohol Abuse and Alcoholism. The team found that higher use of alcohol and tobacco by partners as well as pregnant women’s lower relationship satisfaction increased the likelihood of their babies’ prenatal alcohol exposure. Conversely, women who felt supported by their partners reported lower rates of depressive symptoms and were less likely to drink during pregnancy.

All study participants had a partner; most were married. In their first trimesters, the women reported on their relationship satisfaction, including frequency of quarrelling, happiness with the relationship, and ease of talking to their partners, their partners’ substance use, and their socioeconomic status. In the third trimester, the participants were surveyed about their own drinking habits and depressive symptoms. Subsequently, the researchers assessed the infants’ mental and psychomotor development around the age of six months.

According to the team’s analysis, pregnant women’s depressive symptoms and drinking directly correlated with their relationships with their partners and to their partners’ substance use. (The researchers asked about alcohol and tobacco use only.) Positive partner influences resulted in women’s lower alcohol use in late pregnancy and fewer depressive symptoms. The findings applied even when socioeconomic status, which is generally linked to depression and drinking, was taken into account. Higher prenatal alcohol exposure resulted in poorer mental and psychomotor development in the infants, though a mother’s prenatal depression did not affect babies the way drinking did. That’s why maternal health and pregnancy interventions are likely to be more effective when partners are included, with benefits for both mothers and babies, the team concludes.

Interventions addressing the partners’ substance use may help reduce pregnant women’s substance use, too, while improving their relationship satisfaction, protecting against depression, and boosting infant development. Besides Kautz-Turnbull, the study was co-authored by Rochester’s Christie Petrenko and Elizabeth Handley, Emory University’s Claire Coles and Julie Kable, University of South Alabama’s Wladimir Wertelecki, Lyubov Yevtushok of Omni-Net Centers in Ukraine, Natalya Zymak-Zakutnya of the OMNI-Net for Children International Charitable Fund in Ukraine, Christina Chambers of the University of California, San Diego, and CIFASD.