Opinion | On Parenting and Letting Go: Your Children Are Not Yours to Own 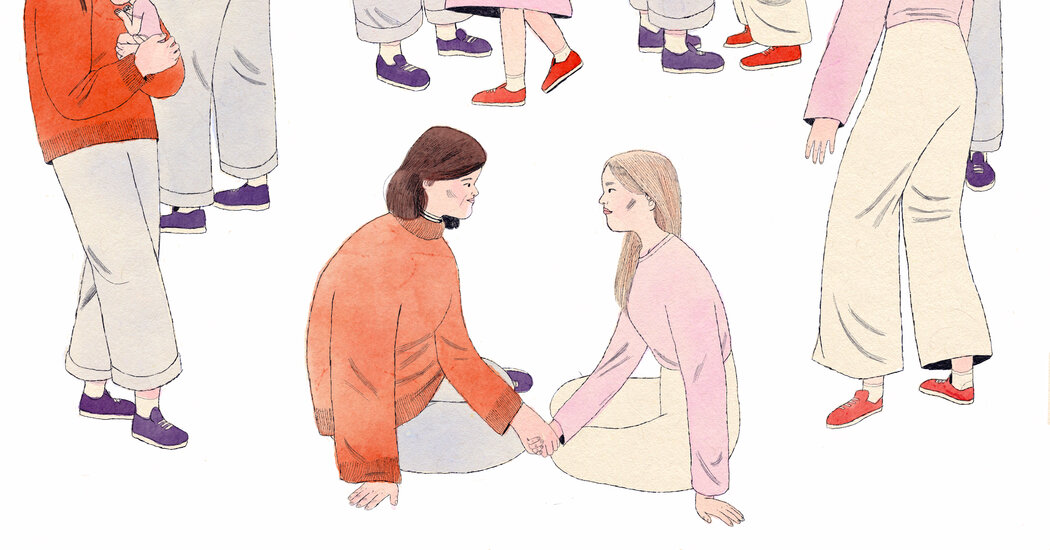 Rather than coming to me with open arms to recognize this gift of life I had conferred upon her, she’d say: “You didn’t make me in your stomach, Mom. I mean, you know I didn’t come out of your stomach, don’t you?”

She knew more than biology. She understood even then what I couldn’t — that I didn’t have any ownership over her. Wherever she came out of and whomever she looked just like and however much she needed from me, she didn’t belong to me.

There was a time, way back, when parents had teams of children to work on the farm and the kids didn’t have any rights of their own. In my mother’s childhood, a seen-and-not-heard affair, the goal was to raise well-behaved, upstanding types to present to society. In my own, we were sent out to play after breakfast and called home at 6 p.m. for frozen pizza, canned lima beans and an Oreo on a TV tray.

Today, the child is not a laborer, a set piece or a mouth to feed. Today, for (much) better and (maybe a little) worse, a child is potential to be nurtured and a relationship to be relished. Whether the ferocious investment in this generation has been in service of our kids or of our own egos is a question for another day. Whatever the case, when parenting became a verb, children became projects, and projects are easy to claim as one’s own.

It doesn’t have to be all or nothing, the psychologist Ariel Trost told me. “If we can let go of this notion of ownership and see us as our own and them as their own, it can create a space to marvel,” she said. “Ownership is not closeness.”

Borrowing from Buddhism, Dr. Trost suggested aiming for a compassionate detachment. Not detachment from our children but from the outcome of who they are becoming. “We are working toward a place where we can enjoy each other,” she said.

My husband and I made a baby who became a toddler who became a kid, and then that kid became fiercely capable and, well, unstoppable.