Becoming a mom is always difficult, but for many Oregon mothers who had a child during the pandemic, they have found that some stresses of raising an infant are only compounded by the changes to society.

Whether it’s a feeling of isolation from the pandemic’s limited social interaction or challenges with finding child care, new parents are finding a variety of difficulties that come with parenting during the pandemic.

According to the State of Babies Yearbook 2021 report — an annual snapshot of how infants, toddlers and their families are faring by the national nonprofit Zero to Three — families of young children were one of the groups hardest-hit by COVID across the nation. The report looked at how each state’s parents of infants have fared during the pandemic, considering criteria such as how many were low income, child care services and the percent that had health care.

Nationally, more than half of families who reported having low income before COVID-19 lost income during the pandemic, and the U.S. ranked 33 out of 38 countries when it came to childhood poverty, according to the report.

Some mothers in Oregon said while they didn’t struggle with poverty because of the pandemic, it has made it harder to maintain a reasonable work schedule and to connect with and get support from family and friends.

“It’s been a lot different than we expected,” said Albany resident Jennifer Kelley, who had her first child, Clara, in May. “Other than maybe through phone calls and text messages and occasional video calls, we haven’t really had a lot of family or friend interaction.”

Kelley, 34, said it wasn’t until a couple of months ago, when vaccines became more available, that family members began to come by to help the couple with their daughter.

On the second Mother’s Day since the pandemic began, mothers acknowledged there were some positive aspects to lockdown as well, getting to spend more time as they work from home and getting to witness their infant’s development firsthand.

“It’s been great for nursing, and I’ve gotten to experience milestones that I’m sure I’d have missed if I’d been working in the office,” Kelley said. “I think it’s really allowed me to bond with her more.”

In the Zero to Three study, Oregon compared favorably to the nationwide averages and was given the report’s highest of the four-tier rankings, “working effectively,” meaning the state has a higher level of investment in services and systems for babies.

The report found that Oregon parents were more likely to read or sing to their baby every day, one of the study’s key indicators of positive early learning experiences.

For Kelley, a major challenge has been the couple lost their waiting list spot for day care when the pandemic hit, requiring her and her husband to shift their work schedules in order to care for their daughter.

Kelley works as a disability services coordinator for Polk County and now works remotely from 7 a.m. to 3 p.m., while her husband works in-person at a manufacturing company from 3 p.m. to midnight.

“We don’t really see each other except for on weekends,” Kelley said. “We only have like a 15-minute window when I’m trying to wrap up my day, and I’m also watching her. It’s been really nice having her be able to be with us. But at the same time, it’s been really straining on our relationship.”

Sabrina Hershey Black, a 39-year-old who lives in Eugene, had her second child in March. A major issue for her has been deciding when it’s OK to introduce her new baby to friends or family and trusting that it’s safe to do so during a pandemic.

“To have somebody over you have to ask so many more questions,” she said. “You’re like, ‘Yeah, so are you comfortable wearing a mask? Can you do all these things?’ If you can’t do all these things, then it’s about making that right decision for your family and balancing the social connection with making sure that you’re keeping everyone healthy, right? It’s a tricky line right now.”

Hershey Black has a small circle of close friends and some family members who are allowed to come over to help with raising her youngest child, Oakes.

“I definitely appreciate those times when people are able to come over and hold the baby while I take a shower, nap or do things around the house,” she said.

While many families have been stuck at home, there are still organizations helping parents connect in a virtual format. Since the pandemic began, the Eugene organization Parenting Now, which provides parenting education and support to families with young children, has shifted its offerings to an online format.

Parents are looking forward to being able to meet again in-person, said Shaya Mooney, a program manager for Parenting Now’s First Three Years Program. But she said it’s also been satisfying to see parents still be able to socialize and discuss parenting virtually.

The program, which has so far served 116 families in the 2020-21 fiscal year, offers parents an opportunity to socialize over Zoom, where they are joined by a Parenting Now educator, and discuss parenting and other topics.

“We’re all really pleased and thankful to see that there is some connection that happens over Zoom,” she said. “They’re coming together with this commonality, so they hit it off.”

For other parents, they said the virus-related fears of introducing their new babies to family members has led to some contentious moments.

Salem mother Nicole Hochspeier, for example, said she has several family members who chose not to get a COVID-19 vaccine, leading her to decline offers for them to visit her new son.

“They’ve been told that they’re choosing not to meet him,” Hochspeier said. “He’s going to be 8 months old, and he’s really vulnerable to potentially getting the new variant of COVID.”

While Hochspeier and her husband have been cautious about going out of the house and meeting new people, she’s eager for a time when it’s safe to take her son to parks so he can socialize with other kids.

“I just want to take him to a play structure, like, to go out and have fun and see other kids playing,” Hochspeier said. “Even just going to watch other kids play and see those interactions, that’s exciting for me, because seeing him learn and grow is huge.”

So far Hershey Black has also been cautious, avoiding taking her new son to parks or shopping.

It also was a difficult when she had her baby in March, she said, given that her mom and sister from the East Coast couldn’t fly out to spend several weeks visiting like they did during her first son’s birth.

“I know it’s sad for them since they wanted to see the baby,” she said. 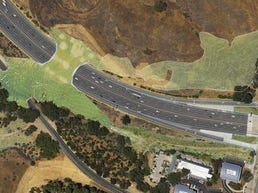