Marilyn Cleveland teared up when she saw the photos of her donated wedding dresses turned into burial gowns for preemies who are stillborn.

“The gowns were lovely and so tiny. Seeing those pictures was most emotional for two reasons,” said Cleveland, a retired speech pathologist in Shelbyville. “I knew some more good was going to come out of those dresses and I thought about grieving families that now were going to have something pretty to bury their child in.”

Cleveland’s wedding dresses — one from her first marriage 40-plus years ago and the other from her December 1998 marriage to Jim Cleveland — were donated to Haley’s Angels, a non-profit in Versailles run in the home of founder Tammy Marcum.

Marcum, who was a hairdresser at the time, started Haley’s Angels in 2005 after her 22-week pregnancy with Haley Marie Marcum ended in grief.

“Everything was going fine with Haley. I had been told I was going to have a little girl after three boys so we named her,” said Marcum. “But then one day I noticed no movement. We had her at the hospital in Frankfort on March 31, 2005, but they could do nothing for her.

‘I got to see her, hold her. She was less than a pound. I got to tell her how much I loved her. She was in a little box. The hospital had no clothes for her.”

The mother made a pink gown to bury Haley in. About a month after the burial, Tammy Marcum taught herself how to sew and crochet.

She started buying wooden boxes and putting inside each one two outfits she made — one to be used for burial and the other a keepsake. Each box also had a cap, booties, a blanket, a bracelet, several other mementos and a personal card from Marcum.

The first Haley’s Angels boxes went to the Frankfort hospital to give to parents whose babies die. Tammy Marcum has five surviving children — two were born after Haley — but has lost four children in pregnancy.

“I wanted to do something to remember Haley and to help parents going through such losses,” said Marcum.

The boxes are donated to hospitals in Frankfort, Winchester, Mt. Sterling, Lexington, Pikeville, Prestonsburg, Ashland, Hazard, Harlan, Middlesboro and London to give free to affected parents.

‘A lot of love and tears went into it’

For about the first 10 years of Haley’s Angels, Marcum took care of all the work and expenses — buying the wooden boxes at Michaels and fabric at Joann’s. She painted and decorated the boxes.

“It costs about $20 a box to complete, ” said Marcum, who has worked at Bluegrass Community Hospital in Versailles for the last six years.

In recent years, she has recruited helpers and donations to help with the non-profit. Kroger has Haley’s Angels on its list of non-profits to help, donating about $1,000 a year.

“We thankfully get a lot of wedding dresses and donations from Facebook birthdays,” said Marcum.

In the memory boxes for girls there is one outfit made from a dress and another made of flannel. The boxes for boys have two flannel outfits. Velcro is used to close the outfits in the back. The outfits generally range from 5 inches to 22 inches.

Each box contains a personal card from Marcum.

A recent one said, “I’m so sorry for your loss. The weeks ahead will be long and hard; with time it will get easier. I wish no one had to experience the heartbreak that we had to endure when we lost our daughter. I started making these gift boxes as my way of keeping her memory alive. I’m so glad I could do this for you and your baby. A lot of love and tears went into it.”

Marcum gets help with the sewing from Sandra Tennill Turner of Woodford County, who lost a grandson in pregnancy about 10 years ago.

“I jumped at the chance to help Tammy,” she said. “It gave me a sense of helping someone. A lot of people don’t realize the agony of losing a baby. It’s a big deal.”

‘You feel so alone’

Amy Gilpin Riddell of Winchester received one of the boxes when her pregnancy ended unsuccessfully in 2017.

“I was pregnant with my fourth child,” said Riddell, who works for Bluegrass Credentialing and Consulting in Winchester. “I went to the doctor’s office to get an ultrasound and there was no heartbeat. It was just unthinkable to me. They sent to me the hospital for another ultrasound. Again, no heartbeat.”

She was just over 15 weeks but carried the baby a little while longer before delivering Rylan Owen at Clark Regional Hospital.

“The box from Haley’s Angels was so respectful with much dignity,” Riddell said. “In that moment, you feel so alone. But the box really helped. We buried him in a family cemetery in Clark County in a beautiful outfit.”

Tammy Marcum usually does not meet recipients of her special boxes but Riddell introduced herself when Marcum spoke at a memorial service at the Clark County hospital.

“I told her how I appreciated her, what a blessing she was and that I was super grateful that God made people like her,” Riddell said. “She was so humble.”

On the first anniversary of her baby’s death, Riddell, who has three children, held a fundraiser for Haley’s Angels.

‘They mean the world to me’

Debbie Mueller, a registered nurse and perinatal bereavement coordinator at Baptist Health Lexington, receives and distributes Marcum’s memory boxes for “families who have lost so much.”

“They are very touched by her gesture,” said Mueller. “There are other groups across the nation that try to help parents who lose their babies. Tammy’s boxes with the clothing, blankets and keepsakes are above and beyond in helping.”

Mueller said society often doesn’t realize how devastating it is to lose a baby. “You lose your future. It stays with you all your life.”

Records with the state Department for Public Health show that Kentucky has about 300 stillbirths a year — 343 in 2017, 294 in 2018 and 276 in 2019. The federal Centers for Disease Control and Prevention defines a stillbirth as the death or loss of a baby before or during delivery.

Marcum gives thanks to her small team of volunteers and people like Marilyn Cleveland of Shelbyville who donated her wedding dresses to Haley’s Angels.

“They mean the world to me,” she said.

Cleveland said she was “honored” to give her wedding dresses to Haley’s Angels.

She later told her 97-year-old mother-in-law, Katherine Cleveland, about the work of the non-profit.

“Katherine decided to donate the dress she wore on her wedding day,” the daughter-in-law said. “She had kept it in a box all these years.”

If you are interested in supporting Haley’s Angels, Tammy Marcum can be reached by email at [email protected] or on Facebook at https://www.facebook.com/haleysangelboxes/ 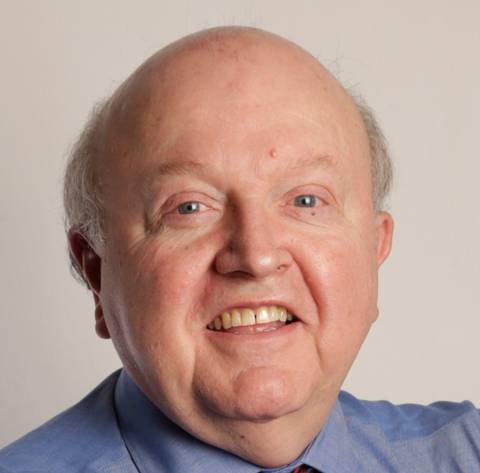 Jack Brammer is Frankfort bureau chief for the Lexington Herald-Leader. He has covered politics and government in Kentucky since May 1978. He has a Master’s in communications from the University of Kentucky and is a native of Maysville, Ky.
Support my work with a digital subscription