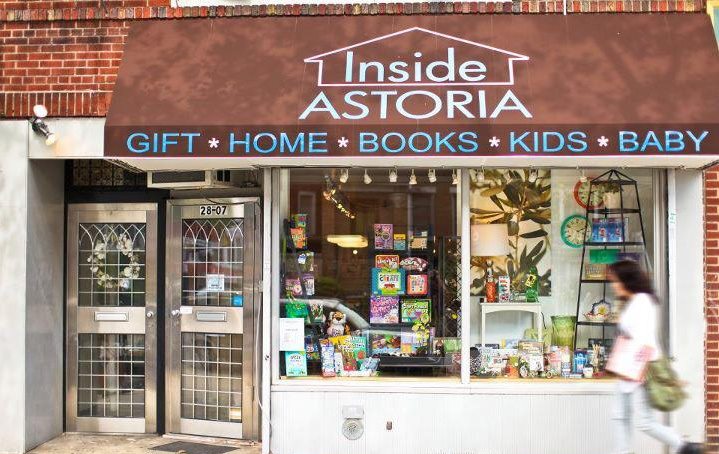 A locally-owned gift and accessory store in Astoria will shutter permanently next month after a 15-year run.

Inside Astoria, known for selling Astoria branded merchandise, locally made knick-knacks, artwork and jewelry will close on April 30, the owners announced last week.

Andrew Purdom, who co-owns Inside Astoria, located at 28-07 Ditmars Blvd., made the announcement on March 3 via a sign he put up on the front of the store. He then posted the news to the company’s Facebook and Instagram pages on March 5.

“To say goodbye feels bittersweet, and to do so as Covid goes on brings extra feelings to the surface,” the post reads.

“But, we want to emphasize that it has been a wonderful experience getting to know YOU: friends, neighbors, community, and emphatic supporters of small business. We are grateful, and from all of us, THANK YOU.⁣”

The company’s inability to compete with big chain retailers and online giants like Amazon – which was exacerbated by the pandemic – ultimately led to their decision to close, Purdom told the Queens Post. Purdom owns the store with his life partner.

“The retail world has changed due to online business. We tried online for the first three or four years but people are used to the Amazon model of quick deliveries and if you’re not doing business like Amazon, you can’t compete,” he said.

He said that since many of their products are made locally by small businesses and artists, it takes a considerable amount of time to order and restock those items. He said that online customers are not interested in waiting weeks to receive purchases so the business has focused entirely on in-store sales.

Purdom, 52, said that competition from other businesses including big chains like T.J. Maxx – which opened a store about a block away on 31st Street in 2019 – put an extra strain on his business.

The pandemic, however, was the final nail in the coffin for the business.

Purdom said the business was forced to close for more than three months last year – due to the initial lockdown – and it was never able to recoup the loss of earnings.

Inside Astoria was hamstrung since it was not set up for e-commerce. He noted that bars and restaurants, also devastated by COVID lockdowns, could at least bring in revenue via takeout and delivery services.

“If I were 20 years younger I would power through and try and use social media more or find a way to do e-commerce,” he said.

“I’ve been in this industry since 1992 so I’m looking forward to doing something completely different.”

He said that his partner has a good job and they have an investment property upstate that has been doing well as an Airbnb during the pandemic.

Inside Astoria is now selling off all of its stock at discounted prices, Purdom said.