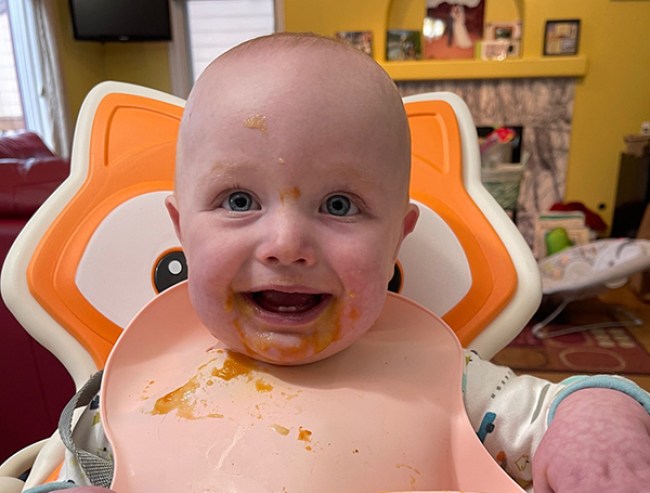 Today, Dawson is a well-nourished and thriving 9-month-old who eats all his meals and takes all his medications by mouth. If he hadn’t participated on Children’s hunger-based tube weaning process, he might have been dependent on a feeding tube for a much longer time.

When a pregnant Heather Henson learned her baby, Dawson, had hypoplastic left heart syndrome — a rare and serious condition where the left side of the heart is not fully developed — she immediately began researching the disease and the hospitals that treat it.

Heather and her family live in Anchorage, Alaska. The state doesn’t have a pediatric hospital equipped to perform the heart surgeries Dawson would need to survive, so she had to give birth somewhere else.

During her research, Heather found an HLHS Facebook group where other parents shared their experiences with the disease. Stories of successful surgeries and thriving babies gave her hope, but she worried when she saw many children who relied on feeding tubes after their surgeries.

“I did not want to return to Alaska with my baby on a feeding tube,” Heather said adamantly. “With all of the medical issues we worried about, we wanted Dawson to be able to eat normally and not have to suffer through tube placements and further complications.”

The trouble with feeding tubes

Seattle Children’s physical therapist Jenn Fridgen and dietitian Lauren Boyer understood Heather’s concern. They’ve heard from many families whose children have recovered from open-heart surgeries and continue to rely on a feeding tube for nutrition. 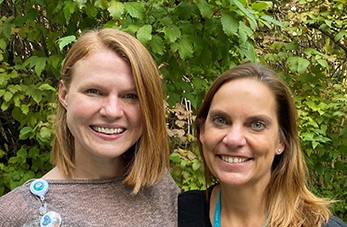 This is often the case for babies born with a single ventricle defect, in which one of the two pumping chambers in the heart, called ventricles, isn’t large enough or strong enough to work correctly.

These babies typically need multiple surgeries, and it’s critical they gain weight and grow appropriately before each one. To accomplish this, babies with single ventricle defects, like HLHS, are often given a nasogastric feeding tube, which carries food and medicine from the nose to the stomach.

Many infants require the NG tube until they have recovered from their second surgery. Although efforts are made to maintain children’s oral skills during this time, it can be difficult for patients to learn to eat by mouth after having an NG tube for several months.

“Families are provided close outpatient follow-up in between their first and second surgeries,” Lauren said. “We want to be sure they are also taught how to get their baby off the feeding tube when that time comes.”

Together with the Single Ventricle Program team, Jenn and Lauren have implemented a program to help these patients begin eating by mouth using an evidence-based intervention known as hunger-based tube weaning.

When a child has a feeding tube, they can experience hunger less frequently and therefore lack the motivation to eat by mouth. With hunger-based tube weaning, parents gradually reduce tube feedings to promote hunger.

Before weaning begins, Jenn and Lauren work with the single ventricle cardiologists to make sure a baby is stable enough to begin tube weaning.

Additionally, an infant must be able to safely swallow food — without inhaling it into their lungs — before they can be weaned.

“We anticipate a baby may have suboptimal weight gain during the tube weaning process,” Lauren said. “However, once oral feeding is established, the child will be able to gain weight without the feeding tube. That’s why it’s so important to have an interdisciplinary team that closely monitors our patients.”

For the first three days of his life, Dawson eagerly drank from a bottle. But after his first surgery, he was too sick to eat by mouth and needed an NG tube. Additionally, Dawson’s left vocal cord was partially paralyzed, a common complication of heart surgery that makes it difficult for the child to swallow.

Dawson at just 1 week old, after his first heart surgery.

Dawson needed a feeding tube leading up to his second surgery and while he recovered afterward. As Heather prepared to bring her baby back to Alaska, Jenn and Lauren began the process of hunger-based tube weaning.

“I had so many discussions with Jenn along the way,” Heather said. “She had so many ideas and was confident we would get him eating orally.”

Once home, Heather continued working with the team via telemedicine. She would send them videos of herself trying to give Dawson a bottle, and they would offer tips and tricks on video calls.

Initially, Dawson was not drinking from a bottle at all. But after a few weeks of weaning, in which Lauren and Jenn closely followed his oral intake, growth and overall tolerance of weaning, his hunger regulated, and he became increasingly interested in his bottle.

“One day, he just drank from the bottle like there was no tomorrow!” Heather exclaimed. “The next day, we took the feeding tube out and never looked back.”

“With the NG tube, we had to keep Dawson’s hands covered so he wouldn’t pull it out,” Heather said. “It kept him from learning to grasp for the first four months of his life. Once the tube was out and his hands were free, his milestones shot off the chart!”

To date, Jenn, Lauren and the single ventricle team have guided many babies through hunger-based tube weaning. All of them learned to eat by mouth and are thriving in their growth and development. 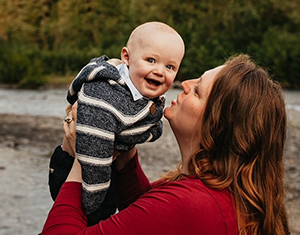 “The best part of our day is when our whole family sits down for dinner together,” Heather says. “We can tell how happy and curious Dawson feels when he tries new foods with our family. That would be very different if he was still connected to a tube.”

“For many families, not being able to feed their baby by mouth can be very disappointing,” Lauren said. “Witnessing children and families bonding through eating is one of my favorite parts of my job.”

Jenn and Lauren hope hunger-based tube weaning will become the standard of care for all patients with single ventricle heart disease nationally.

“The families we’ve worked with have been so happy and grateful,” Jenn said. “They talk about how not being reliant on a feeding tube has changed their entire family’s life. That motivates me at work every day.”