Hilary Duff is on the final countdown until the birth of her third baby – but it hasn’t been plain sailing for the star.

Taking to her Instagram Stories this week, the 33-year-old shared a snapshot showing her laying down on the bed, and wrote: “When the pregnancy sciatica gets ya.”

Sciatica is where the sciatic nerve, which runs from your lower back to your feet, is irritated or compressed.

During pregnancy, the ligaments in your body naturally become softer and stretch to prepare you for labour. This can put a strain on the joints of your lower back and pelvis, which can cause back pain.

Despite her discomfort, Hilary is excitedly awaiting the arrival of her third child. She is already a mum to two-year-old daughter Banks with husband Matthew Koma and eight-year-old son Luca, with her ex, Mike Comrie. The new arrival is due in a matter of weeks. 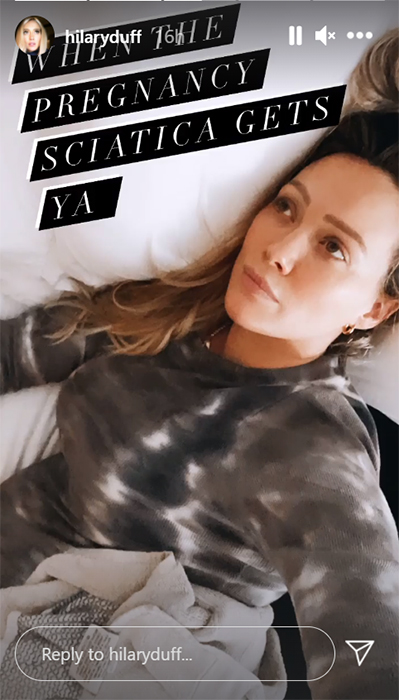 Unlike with Banks, Hilary and Matthew have decided not to find out the gender of their second child.

“We had a gender reveal with Banks and it was such a fun memory,” she previously told People. “Unfortunately, during these times we felt it wasn’t really appropriate. So the way we are creating some excitement within the family is to wait to find out the sex on the baby’s birthday! 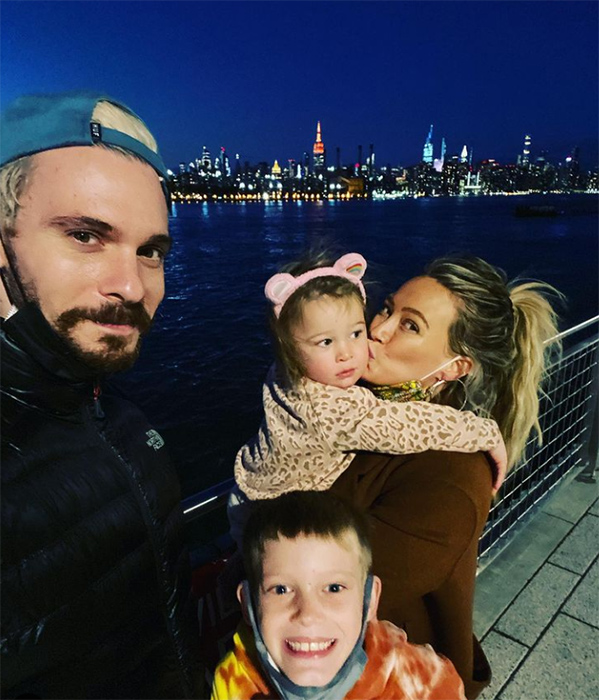 The star with husband Matthew and her children, Luca and Banks

“It’s a mixture of friends who are excited about the surprise and then some who are just really annoyed with us. Luca is falling under the annoyed category!” she admitted, before revealing her son is hoping for a boy “so he can share all his old toys”.

Hilary shares Luca with her ex-husband, Canadian hockey player Mike Comrie; the pair were married from 2010 until 2016. She started dating songwriter Matthew Koma in 2017, and the couple welcomed daughter Banks in October 2018.

They went on to announce their engagement in May the following year and were married on 21 December 2019.