NYPD EMERGENCY SUPPLIES DRIVE FOR HAITI: All NYPD neighborhood precincts are accepting donations for victims of Saturday’s earthquake in Haiti. Items most urgently needed are baby food and flashlights, as well as medical supplies, personal hygiene items and non-perishable food.

Storms and a tropical depression threaten to hamper rescue and relief efforts in the storm-ravaged Caribbean nation, where the 7.2-magnitude earthquake hit around 8 a.m. local time on August 14.

CRASH COURSE ON MARIJUANA FOR BUSINESSES: The Brooklyn Chamber of Commerce is hosting a virtual Lunch & Learn for members this Thursday on the Marijuana Regulation and Taxation Act. Sydney Snow, Esq., senior manager of government and community affairs at Eaze Technologies, LLC; and Kaelan Castetter, director of policy analysis at the Castetter Cannabis group and a growers’ trade association leader, will make presentations on the policy, legislation timeline, taxes, licenses and social equity. Contact the Brooklyn Chamber of Commerce via https://www.brooklynchamber.com/events for registration information on the Aug. 19  Lunch & Learn, which runs from 1 to 2 p.m.

Although the legislation’s main sponsors were from Manhattan and the Albany area, co-sponsors in the NY State Senate from Brooklyn include Senators Diane Savino, Julia Salazar, Zellnor Myrie, Kevin Parker and Jabari Brisport.

FULL VACCINATION STATUS REQUIRED FOR CELEBRATE BROOKLYN: Audience members at BRIC’s popular free outdoor arts festival, Celebrate Brooklyn! will now need to show proof of full vaccination or a negative COVID-19 test  72 hours prior to a show. BRIC announced on Tuesday that the decision was made in wake of similar protocols at music festivals across the nation, including SummerStage in Central Park, in response to the increase in COVID-19 infections and the rise of the Delta variant; the policy takes effect this Thursday, August 19.

Although the BRIC Vaccination Policy page did not include information on how to transmit this proof in time for the 72-hour deadline, an email address was provided for those with questions: [email protected].

BRIDGING BIKE ROUTES: Transportation Alternatives (Transalt)’s first annual #Bridges4People Citywide Bike Ride brought together  City Councilmembers Brad Lander and Stephen Levin, representatives from the Harbor Ring and Bike South Brooklyn, activists from all five boroughs, and more than 60 riders joined the TA’s #Bridges4People campaign Monday morning. The bike ride, with a starting point of the Bay Ridge Promenade underneath the Verrazzano Bridge, explored disparities between bike and pedestrian access to bridges across the five boroughs. The ride route, close to 30 miles in length, ran through Brooklyn, Manhattan, Queens, and the Bronx, with stops in Brooklyn Bridge Park, and Queensboro Plaza before ending in Inwood.

“If we are to enter a just and green recovery from the pandemic, alternative transportation is a huge part of that,” said Councilmember Lander. “We have to provide safe biking infrastructure on our bridges, and I am glad to be a part of the Bridges4People summer ride to push for this.”

BUILDING THE BROOKLYN BRIDGE: Another landmark bridge is the focus of an upcoming virtual program with the Center for Brooklyn History. “How the Brooklyn Bridge Was Built: A Visual History,” taking place on Wednesday, September 1 at 6:30 p.m., will cover Jeffrey Richman’s new book, Building the Brooklyn Bridge: 1869-1883, which unfolds the story of the bridge’s construction in more than 250 images, many that have never before been published on the printed page. Register for the program via https://bklynlibrary.zoom.us/webinar/register/WN_gRJtFJZcT3OTeyUEyoAskQ

The virtual program promises to be a visual feast of 19th century photographs, illustrations, engineering drawings, and stereographs that bring this remarkable story to life.  Brooklyn Public Library’s Center for Brooklyn History, formerly the Brooklyn Historical Society, is home to the most expansive collection of Brooklyn history in the world, democratizes access to Brooklyn’s history to students, scholars, and the general public through programming, educational resources, and its archives.

MORE BROOKLYN POWER 100 PLAYERS: Linda Johnson, president and CEO of the Brooklyn Public Library, is credited with piloting the library system through the temporary COVID-19 lockdown. City & State magazine, which selected the Brooklyn Power 100 leaders, points out that “Linda Johnson began reimagining how the system could serve its community with grab-and-go service last summer. So it was with much fanfare that the institution reopened its Central Library in May, featuring a new business center and welcome center honoring former librarian Rep. Major Owens who passed away in 2013.”

By July, all BPL branches had reopened to the public, including East Flatbush’s Rugby branch which had been closed for four years.

NAVY YARD LEADERS TWICE HONORED: David Ehrenberg, president and CEO of the Brooklyn Navy Yard, and Doug Steiner, chair of Steiner Studios on the Navy Yard campus, were also honored as part of City & State’s Brooklyn Power 100. During the COVID lockdowns, reports City & State, the “Brooklyn Navy Yard withstood the assault by retaining most of its tenants and even adding new ones. That’s because of David Ehrenberg’s initiatives which include offering tenants job training in computerized manufacturing and holding a virtual holiday market.” 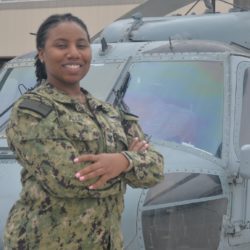 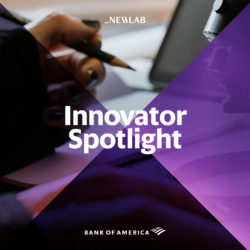 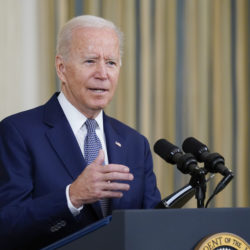 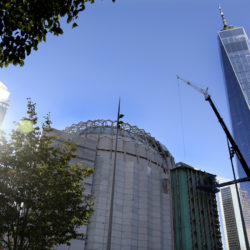