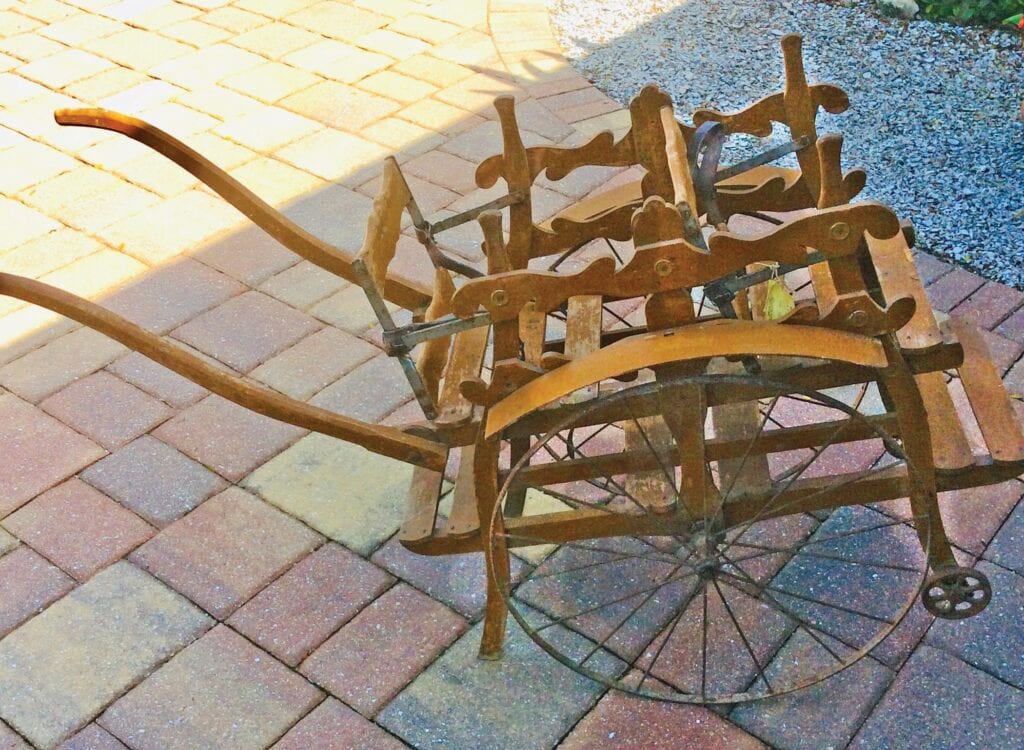 This wooden stroller has iron wheels and other fittings. It dates from around the turn of the 20th century, give or take a decade. PHOTO PROVIDED

My highchair was chrome, with aqua vinyl seat and back. It had a star pattern, if I recall.

The tray was stainless steel and it looked decidedly midcentury.

But unlike modern highchairs, there were no passive restraints, so when my sister used it a couple years later, the tray came loose and out she tumbled onto the terrazzo floor. She howled — her two front baby teeth were lying on the floor having been knocked out by the impact.

The pain continued for my sister — she had to wear braces to straighten the permanent teeth once they grew in.

Another time, my parents told me, my head got caught between the rails of my crib. I easily could have choked. I think my father sawed one of the rails to loosen it so they could ease me out of the space. Modern cribs, of course, have rails that are spaced much closer together to prevent such risks.

It was another world.

That highchair and that crib and the safety measures they employed were perfectly acceptable by the standards of their day. 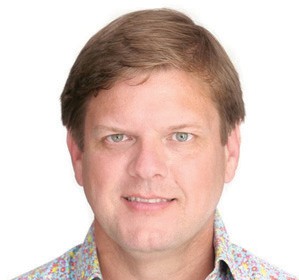 I thought about those changes as I looked at photographs of a stroller shared by reader Barbara Ziemian.

“We bought this antique stroller about 40 years ago,” she writes. “It was said to be an old (1900) French adjustable-seat unit.”

“Can you tell us any more?” she asked. “Preparing to sell.”

I searched online until I found a similar piece on the website for Ski Country Antiques of Evergreen, Colorado (www.skicountryantiques.com).

“This wooden stroller would have accommodated two children sitting back to back. Conforms to all late 19th-century safety standards,” the company notes, tongue planted firmly in cheek. “This style of cart is found in photos from the late 19th to early 20th-century Soviet Union.”

Ski Country has an asking price of $449 on its stroller.

The stroller could have been made anywhere in Europe roughly 150-120 years ago, just as Ms. Ziemian thought.

All those sharp edges are frightening today, but it must have been cutting edge when new.

Now, it’s a novelty and tells a story of life in another era.

The thing about strollers and such is, they take up lots of floor space — with handles, a piece may stretch four or five feet — so you need a large room in which to display one.

Also country antiques can be a tough sell in South Florida, where most of our homes are newer and there’s not much context, décor-wise.

Ms. Ziemian probably should think about selling the piece at auction — or finding a local dealer who does well with country antiques or doll accessories — someone like Theriault’s, the Baltimore doll auctioneer, which does a fair amount of buying and selling along both coasts of Florida (www.theriaults.com).

Please email a clear photo to [email protected] and tell me the story of how you acquired the piece and what makes it interesting or special. I will share these with other readers — think of it as show and tell in the time of social distancing. ¦