In this article, language development of children with autism will be examined. Spoken language delays and subsequent consequences will be investigated with a concentration on relevant research. The success of early intervention strategies and solution-focused approaches to facilitate language acquisition and skills will also be discussed.

How does autism affect a child’s language development?

Babies start to absorb language as soon as they are born, mainly through interaction with parents and caregivers. However, autistic children, who are not thought to be motivated by social interaction, may not seek out opportunities to interact and may not develop language skills in the way that typically developing children do.

A neurotypical child will usually engage in canonical (babble containing a vowel and a consonant) babbling by 10 months. A study by Oller et al. (1998) suggests the late onset of canonical babbling as an early marker of abnormal development.

Children with autism also seem to prefer non-speech sounds to speech sounds (Kuhl et al., 2005). Their preference for non-speech stimuli and their lack in motivation to engage socially with caregivers may deprive them of chances to develop language and speech skills.

We may roll our eyes when we hear someone babbling “googoo ga ga”, but even the most eloquent sophisticate will resort to baby talk or child-directed speech (CDS) given half the chance by a chubby cheeked infant.

CDS is a way of speaking to a baby that is often characterized by things like a slower pace of speaking, a higher pitched voice, repetitions, and a sing song manner. Babies do respond to CDS, and some research suggests it may be a helpful tool on a baby’s speech and language acquisition path—in contrast other studies have shown typical language development without CDS.

As research suggests, a child with autism spectrum disorder may respond less (or pay reduced attention) to CDS in comparison to typically developing children, and these children may then have fewer language learning opportunities (Watson et al., 2011).

CDS is just one way in which experts believe children acquire language skills or learning. The role of a caregiver’s interaction and the expressive language used with a baby is also highlighted, with emphasis on communicative behaviors like facial expressions and gestures utilized to promote early language development.

Children with autism may not show the same interest in parents and caregivers in the first year of life (in comparison to typically developing children). Rather, interest may be focused on non-social stimuli and they may experience decreased interest in speech. Expectations that children on the spectrum will acquire language in a similar fashion to neurotypical children, may therefore be problematic and unfair.

Not your typical talk

Language and speech development is complicated with many variables but, when it comes to language and speech delays for those on the spectrum, research often points to differences in brain circuitry, reward systems, motivation, and brain activity—a combination which would explain a completely different language trajectory.

Even when children with autism are verbal, they may not converse in a neurotypical manner. Instead we often observe behavior like: 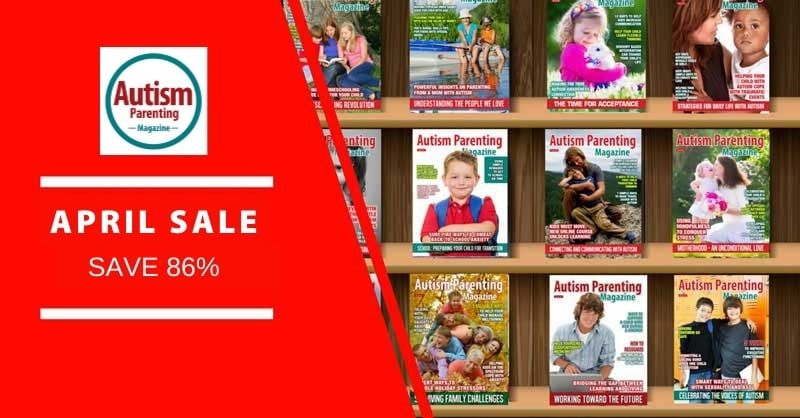 Don’t miss out on our special offer.
Click here to find out more

Accepting your child with autism may not develop language like a neurotypical peer is the first step. The second is to find a way to guide your child to acquire communication or language skills to help gain control over his/her environment.

Dr. Ron Malcolm, an expert with years of experience facilitating communication in children on the spectrum, emphasizes the empowering aspect of communication and language. He says that, in his many years of working with children with autism, he knows that, whenever he gets a phone call about a severe behavioral issue or reaction, it’s almost always linked to the child trying to communicate but lacking in verbal skills to do so successfully (Extracted from Dr. Malcolm’s presentation, Educational Options for Your Child with Autism, Autism Parenting Summit, April 2021).

Keeping in mind that your child with autism may not seek out social interaction, parents may have to step in to create opportunities to acquire and develop language.

The following tips may encourage development of language skills:

Pivotal response treatment (PRT) is an example of early intervention treatment proving to be successful in improving children’s social communication skills (Gengoux et al., 2019). The success of the treatment is probably because it is initiated by the child and because it’s based on play.

Children with autism may be less responsive or tuned into their parents (and their attempts at interaction), they may also gesture and babble less. These deficits in early communication development may lead to infants receiving less input or feedback from parents (who may be despondent at the lack of reciprocity)—leading to further deficits in language and speech acquisition.

How should parents use information from all these studies to foster better language development for their child with ASD? Well, here are some suggestions:

Parents with austistic children may face one of their biggest battles in helping develop language and speech. However, the tears and frustration are worth it as experts believe children who are verbal are happier and they feel they have more control over their lives.

A study by Wodka et al. (2013) also found that most nonverbal children on the spectrum do acquire language skills and many become fluent speakers. As a parent, it is empowering to know you can participate responsively in this journey to attain a goal that will help your child navigate the complicated neurotypical world.