A Hearing Test for Babies Has Angered Parents 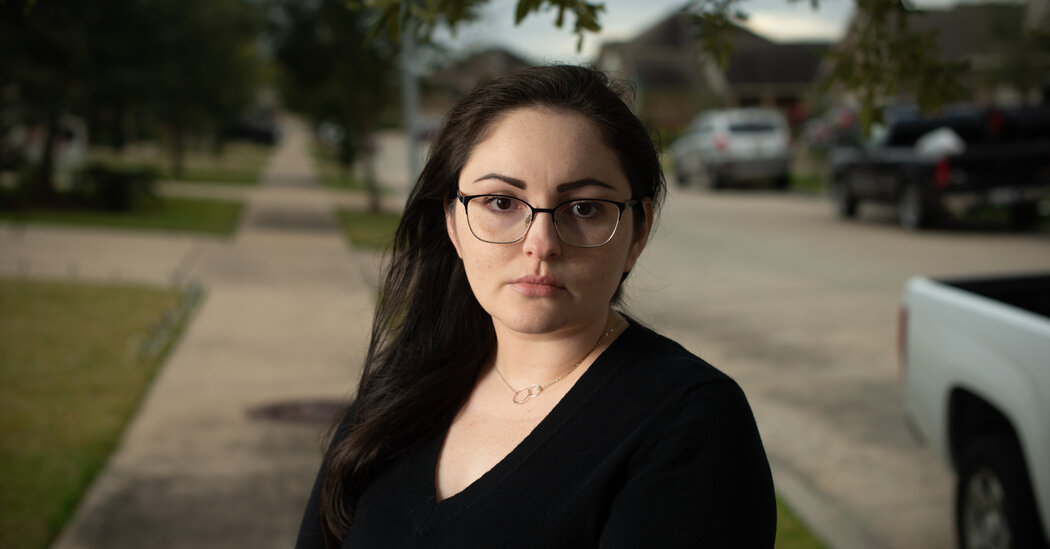 After Christine Malik gave birth to her first daughter three years ago, a clinician affiliated with a company called Pediatrix entered the hospital room and fitted the infant with sensors and wires for a hearing test.

The child failed the screen required by law for all newborns, the tester said, necessitating a follow-up exam. “We were scared as first-time parents,” said Ms. Malik, who agreed to the second exam. The clinician, Ms. Malik said, didn’t tell them that infants often fail an initial screen because of fluid from the womb in the ears that soon dissipates. The second screening found no problem with the baby’s hearing.

Last year, when her second daughter was born, Ms. Malik refused a hearing test after another Pediatrix clinician appeared at her bedside. (Parents are allowed to opt out but rarely do.)

The infant hearing test — particularly the more advanced technology Pediatrix uses — is an example of how some common medical procedures have become significantly more profitable for their providers.

Pediatrix and related companies have drawn a string of complaints from dissatisfied customers like Ms. Malik, who said she was surprised by Pediatrix charges for in-hospital infant care. Many of those complaints regard infant hearing tests. Such tests were once free or included in a hospital’s new-baby fees. Pediatrix earns tens of millions of dollars a year in revenue from them, according to regulatory filings.

Founded in Florida decades ago, Pediatrix and its parent company, Mednax, have grown into a network of physicians and other clinicians delivering hearing screens, pediatric intensive care, pediatric surgery and obstetric services. They operate in more than 400 affiliated hospitals in some 40 states.

Pediatrix now cares for about one in four babies in neonatal intensive care units, according to the company, and administers its hearing tests to nearly a million babies a year.

“I’ve been involved with trying to prevent them coming into hospitals,” said Lisa Hunter, a professor and pediatric hearing specialist at the University of Cincinnati who objected generally to Pediatrix’s high charges for hearing screens and the billing confusion they can cause. “I’m very much empathetic with patients who have concerns.”

Pediatrix officials say their doctors and other clinicians deliver top-level maternity and newborn medicine, often to smaller and community hospitals as well as large systems, providing not just hearing tests but surgery and lifesaving care for premature babies.

“Doing what’s right for the patient is our highest priority,” said Dr. Roger M. Hinson, President of the Pediatrix and Obstetrix group.

Dr. Michelle Barhaghi, an obstetrician herself, said she was shocked by the $6,538 that a Pediatrix doctor in California charged for the unplanned cesarean delivery of her baby in April while she was traveling.

“When I saw that, my jaw dropped,” she said. “I sent that bill statement to all my OB-GYN friends.”

Insurance paid Pediatrix $2,867, according to benefit statements. That’s still nearly three times the rate for the same procedure under Medicare’s schedule of physician fees. Pediatrix also billed Dr. Barhaghi $1,311 for charges that insurance didn’t cover for a physical and discharge prep for her baby. Pediatrix withdrew that bill after being contacted by Kaiser Health News for comment, she said.

Three years ago, the insurance giant Aetna sued Mednax and Pediatrix, saying that they inflated charges by more than $50 million, performing unneeded tests and treatments and diagnosing babies as being sicker than they really were.

Mednax denied Aetna’s allegations, and the case ended in July when Aetna withdrew it as part of a confidential agreement. Neither Aetna nor Mednax would disclose the terms.

As part of the proceedings, Mednax admitted in court that it destroyed internal emails Aetna had sought as potential evidence of corporate coaching to nudge physicians to engage in “upcoding” to higher-value procedures.

Pediatrix was a “premier sponsor” of a campaign in the early 2000s for state laws requiring hearing tests for babies, records show. Most states now have such laws, and the American Academy of Pediatrics recommends initial hearing screens for all newborns before they leave the hospital.

The idea is that the rare baby with hearing deficiencies — two or three per thousand — needs to be identified quickly to ensure proper treatment and language development even if some false positives worry parents.

Many hospitals reserve that screen for high-risk babies in intensive care or for those who fail an earlier, less expensive screen.

Aetna’s claims analysis found that Mednax and affiliates billed three times more often for those kinds of tests than for those given by non-Mednax clinicians.

Pediatrix charges $150 or more for the test, said audiologists familiar with the company. The company charged $326 for Ms. Malik’s first child’s screening, billing records show, and insurance paid a discounted price of $177.

“The cost of doing the screening should be no more than $50,” said Professor Hunter, including the initial test and in-hospital follow-up. “To bill more than that, and to do this on every single baby that’s born, to me that sounds like a license to print money.”

Dr. Hinson said Pediatrix uses the more expensive auditory brainstem screen because it tests the entire hearing pathway. He said it has a lower false-positive rate on infant screenings than the less expensive alternative.

The Joint Committee on Infant Hearing, a board of experts considered authoritative for screening protocols, says either test may be used initially for babies.

But done in the hospital soon after birth, both varieties produce a substantial number of initial false indications of hearing deficiency, research shows, often because of fluid in the ears from birthing.

This requires a second test either in the hospital or sometimes weeks later in a doctor’s office. Meanwhile, families might believe their baby could be deaf. When parents are approached by an infant-hearing-screener in the hospital, they should make sure the procedure is covered by insurance, patient advocates say. If the child fails the test, parents should be aware it could be a fleeting result and request a follow-up before leaving the hospital.

Surprise or mishandled bills from Pediatrix and Mednax have drawn complaints to the Better Business Bureau and on various online forums.

When a Mednax or Pediatrix clinician is outside a patient’s insurance network, “we bill the balance to the patient,” the company says in filings with the Securities and Exchange Commission. At least one hospital, Inova Alexandria Hospital in Northern Virginia, has warned expectant parents that Pediatrix “may not be an approved provider” with their insurer.

From the beginning of 2019 to now, 192 people filed complaints with the Better Business Bureau against Pediatrix and Mednax, according to data provided by B.B.B. Most of the complaints are about billing and collections issues, according to the data.

It took more than a year, two dozen phone calls and the help of the Better Business Bureau to resolve one incorrect $1,010 bill. It was charged for a Pediatrix nurse practitioner who stood by while Sarah Tela’s twins were delivered by an obstetrician in 2018.

After doing research, Ms. Tela, who lives near Seattle, realized that “I wasn’t the only one going through this battle with them.” She added: “I could have easily paid the bill. But I knew I was right.”

The problem turned out to be an incorrect date of service on the bill, which caused the insurer’s claims software to reject it, she said.

Mednax, which contacted Dr. Barhaghi and Ms. Malik after their cases were brought up by a reporter, is “confident that their respective matters are being resolved to their satisfaction,” the company said in an email.

KHN (Kaiser Health News) is a national newsroom that produces in-depth journalism about health issues. Together with Policy Analysis and Polling, KHN is one of the three major operating programs at KFF (Kaiser Family Foundation). KFF is an endowed nonprofit organization providing information on health issues to the nation.